Space for my artist and creative friends around the world.

Nevue is a Professional Graphite Artist and the founder and CEO of Nevue Fine Art Marketing. He also authored the eBook The Productive Artist How to Live Your Dreams, and provides courses on art marketing at 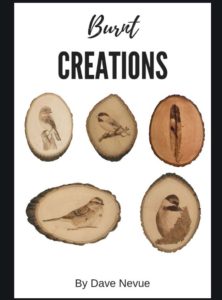 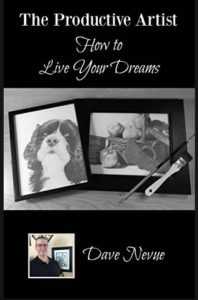 Honored to be part on this project, designing some patterns for the products of the Tuulispää Animal Sanctuary´s shop.

Founded in 2012, by Piia  Anttonen  the sanctuary is currently the permanent home of more than 60 rescues farm-animals (horses, cows, goats, chickens, rabbits and pigs) and some guest stars as minks and artic foxers rescued from the fur-industry.

Tuulispää operates on a voluntary basis and promotes environmental sustainability and veganism.

In 2014 the sanctuary and its founder were awarded two animal welfare prizes, the Topelius Prize for animal protection by the Helsinki Humane Society and the prize for the best act in animal protection in 2014 by the Finnish Federation for Animal Welfare Associations (SEY).

Tuulispää is located in Somero in Southern Finland.

The products are shipping only for Finland at moment. 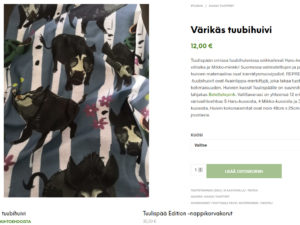 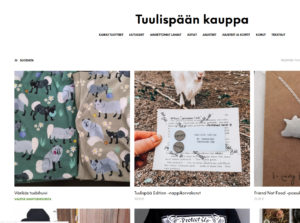 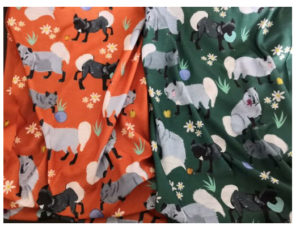 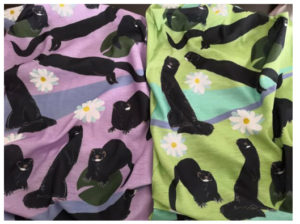